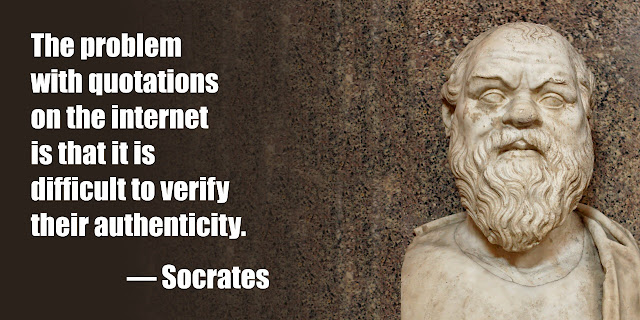 Have you seen a quotation from an ancient writer recently? Did it come with a specific source citation attached to it -- including page or chapter numbers? If not, you can be very, very confident that it’s fake.

That isn’t a logical syllogism, it’s just a rule of thumb, but it doesn’t fail often.

Youth ages, immaturity is outgrown, ignorance can be educated, and drunkenness sobered, but stupid lasts forever.

Supposedly Aristophanes. This fake quotation isn’t even old enough to vote. It was made up for the film, and so was the Aristophanes attribution (video link).

Actually Aristophanes does touch on this topic, but his sentiment is the exact opposite: a change in character from dull sobriety to blissful drunkenness.


I envy the happiness
of this old man! What a change for him
from his sober habits and lifestyle.
... it’s a difficult thing to give up
the nature you’ve always had,
but then again, lots of people have done it:
they adopt other people’s opinions
and change their character.

Here’s the opening caption from another film:


In war, truth is the first casualty.

Supposedly Aeschylus. Truth is a casualty here too, I guess. The line is modern. It first appeared as the epigraph of a book by the British politician Arthur Ponsonby, Falsehood in War-time (Allen & Unwin, 1928), p. 11.

(Many sources assign it to US Senator Hiram Johnson, instead, in 1918 -- but there doesn’t seem to be any support for that.)

The film didn’t invent the Aeschylus attribution: in this case the writer was just lazy, not fraudulent. The attribution was invented in the early 1970s. A group of Vietnam War veterans formed a publisher for creative writing called ‘1st Casualty Press’. They published two books, with Ponsonby’s epigraph, and added the attribution to Aeschylus: Winning Hearts and Minds, 1972; Free Fire Zone, 1973. Under Aeschylus’ name the line enjoyed a fair amount of popularity in the 1970s, and the attribution has been revived in several more places in the 1990s and 2000s.

(Thanks to Isaac B. for pointing out the Eye in the Sky caption to me.)

A room without books is like a body without a soul.

The earliest occurrence of this exact wording comes from the magazine Zion’s Young People, 2.9 (January 1902) page 271. Now, there is a historical link between the aphorism and Cicero -- but that link consists of some heavy distortion which took place in 1864.

In April or May 56 BCE Cicero wrote a letter to his friend Atticus from his country house near Antium. In it he mentioned how relieved he was to have his library properly set up.

And in fact, since Tyrannio organised my books, a mind seems to have been added to my house.

In an 1864 biography of Cicero, William Forsyth used this line but substituted ‘soul’ for Cicero’s mens ‘mind’:


His fondness for books amounted to a passion. He tells Atticus, that when his librarian Tyrannio had arranged his books it seemed as if his house had got a soul ...

And then a review of Forsyth’s book in Blackwood’s distorted the line almost beyond recognition.


Without books, he said, a house was but a body without a soul.

From there it was just a short hop to the modern form of the aphorism. So the line isn’t Cicero: it’s a variant of a line by the anonymous Blackwood author, who was in turn misquoting Forsyth. 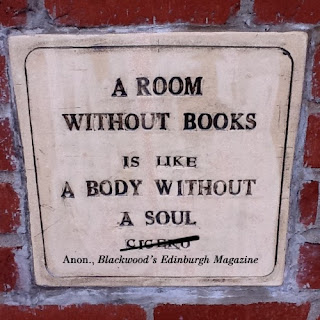 Good people do not need laws to tell them to act responsibly, while bad people will find a way around the laws.


Laws are made to instruct the good, and in the hope that there may be no need of them; also to control the bad, whose hardness of heart will not be hindered from crime.

No suggestion there that laws aren’t currently needed for good people, and nothing about ‘finding a way around the laws’.

Jowett’s no better, though. Plato didn’t actually say anything about not needing laws. He also wasn’t talking about ‘the bad’, but about people who haven’t had much education. Here’s what Plato actually wrote:

Some laws, it seems, exist for good people, for the sake of teaching how they may interact and live with one another amicably; others, for those who have avoided education, who have a rather stubborn character and haven’t had any softening to stop them from proceeding to every vice.

An alternate translation in case there’s any doubt: Pangle (1980).

The children now love luxury. They have bad manners, contempt for authority; they show disrespect for elders and love chatter in place of exercise.

Quote Investigator covers this one -- It comes from a 1907 book by Kenneth J. Freeman -- but I want to add a little context. The misattribution arose because Freeman does purport to be summarising Plato. Here’s the context, starting at the bottom of page 73:


Call Plato next. “In a democratic state the schoolmaster is afraid of his pupils and flatters them, and the pupils despise both schoolmaster and paidagogos. The young expect the same treatment as the old, and contradict them and quarrel with them. In fact, seniors have to flatter their juniors, in order not to be thought morose old dotards.”

The counts of the indictment are luxury, bad manners, contempt for authority, disrespect to elders, and a love for chatter in place of exercise.

Freeman’s paraphrase in the first paragraph is genuinely based on a passage of Plato.


In this kind of situation a teacher fears his pupils and flatters them, and the pupils make little account of the teachers or their enslaved school-escorts. And, in general, the young resemble their elders and try to rival them in their words and actions; while the old condescend to the young and are full of pleasantries and wit, copying the young so as not to seem odious or overbearing.

But Freeman was already being tendentious. He has Plato say, ‘The young expect the same treatment as the old, and contradict them and quarrel with them’, but the real Plato depicts both the older and younger generations as trying to imitate each other.

Maybe it’s a little churlish to criticise this one: it’s a very heavy-handed paraphrase, rather than an outright fake. Here are the words that Plato actually puts in Socrates’ mouth:


But it is quite possible, men, that the god really is wise; and that in this oracle what he is saying is that human wisdom is worth little, in fact nothing at all. And he seems to be talking about Socrates, but is really just using my name and making me an example, as if to say: ‘That one of you is wisest, mortals, who like Socrates recognises that he is in truth worthless with respect to wisdom.’

In tourist shops in Greece you can get T-shirts with the slogan ἓν οἶδα ὅτι οὐδὲν οἶδα (‘I know one thing, that I know nothing’). Well, it is real ancient Greek. But it isn’t a real quotation.

Beware the barrenness of a busy life.

This is about as distant from Socrates as you can get. It’s a Christian aphorism, which became popular in various religious tracts throughout the 1950s-1980s, especially in fundamentalist groups. There is one earlier appearance, in a 1902 periodical for missionaries:

The aphorism takes its inspiration from the New Testament story where Jesus visits the home of Martha and Mary.


But Martha was distracted by her many tasks; so she came to him and asked, ‘Lord, do you not care that my sister has left me to do all the work by myself? Tell her then to help me.’ But the Lord answered her, ‘Martha, Martha, you are worried and distracted by many things; there is need of only one thing.’

Posted by Peter Gainsford at 16:59