Marcus Aurelius was a pretty cool guy, but no, he didn’t write the First Amendment. Here’s a line that often gets attributed to him, which is almost guaranteed to show up in any discussion of the history of liberalism, especially if American political philosophy is involved.


‘... I received the idea of a polity in which there is the same law for all, a polity administered with regard to equal rights and equal freedom of speech, and the idea of a kingly government which respects most of all the freedom of the governed ...’

It isn’t a fake quotation. But it sure is a tendentious one. The phrases ‘equal rights’ and ‘freedom of speech’ here stand in place of the Greek words isotēs and isēgoria. They’re close enough to fool you if you just look in a dictionary, but they’re both really badly anachronistic. 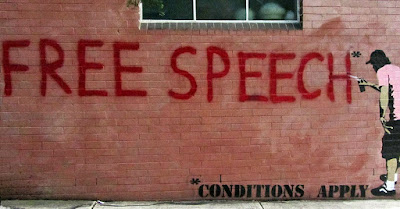 So here’s a translation from a different perspective.

... that I adopted the ideal of a constitution with equal laws, governed with equality, and equality of public engagement, and of a kingship which before all else respects the freedom of the ruled ...

Here are the key differences between my translation and the one at the top by George Long:


(I’ll skip over some differences that I think are less important, like ‘polity’ vs. ‘constitution’, or ‘the same law for all’ vs. ‘equal laws’.)

George Long, the 19th century British translator, has gone out of his way to soften Marcus Aurelius’ sentiments to suit Victorian liberal tastes. (In fact I wonder if Long had links to the Liberal Party: Gladstone awarded him a Civil List pension in 1873.)

But Marcus Aurelius was no liberal. He stood for monarchy. Benevolent monarchy, sure, but still monarchy. George Long lived under what he presumably perceived to be a benevolent Victorian regime, and he may have regarded the two as the same thing. But there’s a big difference between a ‘kingly government’ with people who are ‘governed’, and a ‘kingship’ with people who are ‘ruled’.

Isēgoria, the word that Long translates as ‘freedom of speech’, really refers to equal (iso-) participation in public affairs (agor-). It wasn’t a right or a freedom: it was the central underpinning of classical Athenian democracy: the idea that everyone had to participate for democracy to function, that no one was an authority figure except where absolutely necessary, and that anyone could participate in politics.

(But let’s not overlook the downsides of Athenian democracy: people had isēgoria provided they were male, free, and a citizen -- which disenfranchised somewhere around 80-90% of the population. Also, sometimes they exercised their isēgoria by voting to commit genocide.)


Now, having said all that, the Athenians did have something that is not a million miles away from ‘freedom of speech’. They called it parrhēsia (παρρησία), and on the whole they regarded it as A Good Thing.

Parrhēsia meant frankness and bluntness. It was also a political ideal. Citizens of classical Athens prided themselves on the right to that bluntness, even if they recognised that being blunt wasn’t always wise. Our sources often see it as something uniquely Athenian. Here’s the playwright Euripides --


Ion. I hope the woman who bore me is an Athenian,
so that by my mother I may have parrhēsia!

Jocasta. What is it, to be deprived of one’s country? Is it a very bad thing?
Polyneices. The worst -- for real, and not just as an idea.
Jocasta. In what way? What is the hardship for exiles?
Polyneices. The very worst thing is this: not having parrhēsia.
Jocasta. Not saying what you think -- that’s slavery.

This is obviously jingoistic -- anyone who really thinks their country is unique in its respect for free speech either hasn’t travelled much, or is being very selective about what counts as ‘free’ -- but the idea isn’t confined to plays. Actual Athenians could think this way too.


For free people, nothing would be a worse misfortune than being deprived of parrhēsia.

A masculine thing to say, and parrhēsia worthy of the Athenian name!

These two were lifelong enemies -- Deimades supported Philip II of Macedon and was notoriously open to being bribed, Demosthenes was bitterly opposed to Macedon -- but on this point they were in solid agreement: parrhēsia was essential to freedom, and it was a specifically Athenian value. And Deimades goes even further, linking it to gender.

So, parrhēsia was a right, in custom if not in law. At the same time, the Athenians knew it wasn’t always wise to exercise this right.


There is something bitter about truthful speech when someone uses pure parrhēsia and spoils hope of great things. Gentleness persuades listeners, even if it is false.

If the people had been happy to use parrhēsia in treating with Philip [II of Macedon] -- asking him to strip away the Thebans’ arrogance, and to establish walls in Boeotia -- the people would have decided that in a vote.

I’d better make sure to mention that the 20th century philosopher Michel Foucault made a big thing of Greek parrhēsia, especially in connection with Diogenes of Sinope, the 4th century BCE Cynic philosopher. We don’t have much trustworthy evidence about Diogenes. Anecdotes from centuries after his lifetime cast him as an ascetic and iconoclast, and that’s probably accurate as far as it goes. But the anecdotes that cast him as a paradigm of parrhēsia that shocks others -- commanding Alexander not to block the sun, masturbating in public, and the like -- are historically dodgy. That’s a Roman-era caricature of parrhēsia -- nearly half a millennium’s worth of myth-making.


Still, Foucault does reach the most important conclusion: parrhēsia wasn’t the freedom to say whatever you like. It was freedom from self-important authoritarians. It was the right to speak the truth to people who are threatening you and trying to control you -- as the snippet from Aeschines, above, makes clear.


Let each man understand clearly, that whenever he goes into a courtroom to sit as juror on an illegal suit, on that day he is about to cast a vote for or against his own parrhēsia. That is why the law-giver put this at the start of the jurors’ oath: ‘I shall vote according to the laws.’

Above all, I find it hard to imagine the Athenians calling it parrhēsia to spread bigotry against minorities. The whole point of parrhēsia was to allow minorities to speak against authority. The Athenians were all kinds of horrible, but not that particular kind.
Posted by Peter Gainsford at 15:43