Snake Island: in the steps of Achilles

The island where a Ukrainian border guard told a Russian warship to ‘go f*** yourself’ was, in some ancient Greek beliefs, the final resting place of Achilles.

Snake Island (Ukrainian Ostriv Zmiyinyy) is a tiny island in the western Black Sea, opposite the mouth of the Danube and the Ukrainian-Romanian border. On 24 Feburary 2022, when Russia launched its invasion of Ukraine, two Russian warships attacked the island, and this exchange was heard on a naval radio channel:

Ukrainian border guard #1. This is it. Should I tell him to go f*** himself?

Initially it was reported (or perhaps assumed) that all thirteen guards were killed; Russia claimed that they captured ‘eighty-two’ soldiers alive. Based on that, the Ukrainian Border Guard Service reportedly expressed a hope that the guards may still be alive and imprisoned in Sevastopol. On 26 February a civilian ship with two priests was sent to tend to the victims, and was taken prisoner by the Russians. As of 28 February (early 1 March NZ time) the Ukrainian Navy appears to have accepted that the guards are still alive.

The border guard’s defiant words have become famous. Displayed over the Boryspil Highway in Ukraine; used on a shirt worn by a Latvian television news anchor; quoted by a Georgian seaman refusing to supply a Russian vessel with fuel; quoted in the Twitter bio of a US senator. 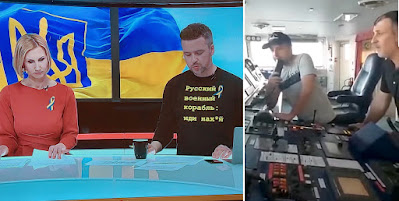 Two and a half thousand years ago, when the ancient Greeks were colonising parts of what is now coastal Ukraine, they knew the island as Leuke, the ‘White’ Island. Their largest settlement was at Olbia (‘Blessed’), at the mouth of the Dnipro (or Dnieper; ancient Greek Borysthenes). The island had alternate names: ‘Isle of the Blessed’; ‘Achillea’. This was in honour of the belief that Achilles, the greatest hero of the Trojan War, was transferred there by his mother the goddess Thetis, following his burial at Troy. A shrine to Achilles was built there, whose remains were unfortunately completely destroyed in the 19th century when a lighthouse was built on the site.

A place linked to such a famous figure is heavily symbolic in its own right. It’s even more significant when the same place becomes linked to outstanding bravery in real life.

This is part of a description of Snake Island written perhaps in the 6th or 7th century CE:

For my part, I am persuaded that Achilles was a hero if ever anyone was; and that he proves it by his nobility, his beauty, the strength of his soul, by his passing away from mortalkind in youth, by Homer’s poetry about him, and by his being a lover and loyal to his friends — to the extent that he chose to die for the one he loved.

pseudo-Arrian, Voyage around the Black Sea 23

Still, nearly all scholars would say Achilles is purely fictional. In some ancient stories about Snake Island, he’s literally a dream (see the passages from Pausanias and pseudo-Arrian, below). Real people standing up to an apparently insuperable attack are perhaps an even more potent symbol.

Here are some ancient sources that talk about Snake Island and its links to Achilles.

Weave this out too, sweet lyre,
a beloved song in Lydian harmony
for Oinone and Cyprus where Teukros rules,
son of Telamon, while
Aias holds ancestral Salamis;
and in the Black Sea Achilles has his shining
isle.

An ancient scholion (gloss) on Pindar’s ode explains the name:

There is an island in the Black Sea called the White Island. It seems Achilles’ body was transported there by Thetis. And they put on races and athletics for celebration of the hero. Pindar, however, calls Leuke a ‘shining isle’. This is metaphorical: for ‘white’ means shining. It is called ‘White’ because of the masses of birds that nest there, so it provides this appearance to sailors.

Pausanias’ travel guide to Greece describes a visitor dreaming of Achilles and his companions there (Guide to Greece 3.19.11, 2nd century CE):

There is an island in the Black Sea by the mouths of the Danube, sacred to Achilles. Its name is ‘the White Island’. It has a circumference of 20 stadia (3.7 km), all thick with wood and full of animals, both wild and tame; and there is a shrine and statue of Achilles there.

It is said that Leonymos of Kroton was the first to sail there. ... He was wounded in the breast, and went to Delphi because he was debilitated by the wound. When he arrived the Pythia sent him to the White Island, telling him that Aias would appear to him there and heal his wound. In time, when he was healed, he returned from the White Island. He said that there he saw Achilles, and Oileus’ son Aias, and Telamon’s son Aias; and Patroklos was with them, and Antilochos; and Helen was married to Achilles ...

Some of Pliny’s and Pausanias’ figures are inflated, by the way: the island is only 600 metres long, and the mouth of the Dniester is only 100 km away. Peuce is the ancient name for the delta of the Danube, which was an island in antiquity, only 40 km away.

Opposite the mouth [of the Danube], directly in the path of someone sailing the sea with a north wind, lies an island which some call the Isle of Achilles, others Achilles’ Run; others name it White Island for its colour. It is said that Thetis granted it to her son, and that Achilles dwells there. And there is a shrine of Achilles there, and a cult statue of ancient workmanship. The island has no people, but is grazed by goats, though not many. Reportedly the goats are dedicated by anyone who puts in there. There are also many other offerings in the shrine: cups, rings, and precious stones. All of these are thanksgiving offerings to Achilles. ...

Achilles appears in a dream to people who land on the island, and also to those sailing by, if they do not keep far off from it; and he tells them where the best landing on the island is, and where to anchor. Some even say that Achilles appeared to them on the mast, or on the end of the yard. ... Some also say that Patroklos appeared to them in a dream. 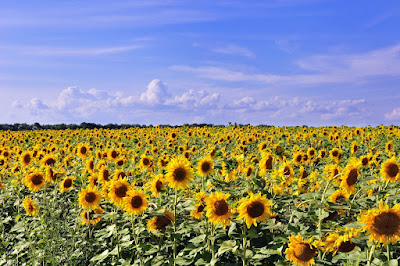 Posted by Peter Gainsford at 10:50