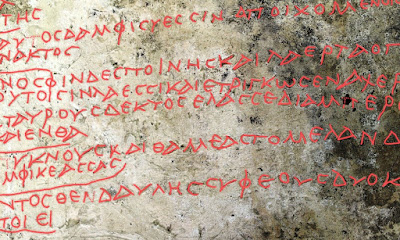 The very oldest is a potsherd found at the Greek colony of Olbia, modern Ukraine, dating to the 400s BCE, which has Odyssey 9.39 written on it: ‘a wind bearing me from Ilios put me ashore among the Kikones’ (SEG 30: 933). Very evocative: to me it suggests someone who feels a long way from home.